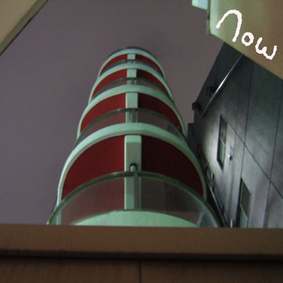 Founded in 1998, NOW have released 5 albums, contributed exclusive tracks to many compilations & collaborated with underground musicians such as Damo Suzuki (one of NOWs 5 albums was with him), Charles Hayward & The Go! Teams' Kaori Tsuchida.
They have also attracted support slots with bands such as Faust, Circle, Tunng, Psapp, Rothko, Plaid and A Hawk And A Hacksaw and in February 2009 The Stooges' Mike Watt dedicated an entire radio show to their music.
Live, NOW move between melodic songs and energetic improvisation.
The band has played inside and outside the UK, most recently completing a Japan tour to promote their latest album, "Ooodipooomn", of which Plan B magazine writes:
"Pursuing their offbeat, off-kilter and occasionally off-the-wall mashup of lo-fidelity experimental pop music and uptempo kosmik grooves at the fringes of underground and overground success, NOW continue to demonstrate the tireless heart of their being is something close to an unsung national treasure."
NOW could be described as catchy, contemporary, inventive, exotic, melodious, harmonious and disharmonious 21st century pop music."

Uploaded by Clinical Archives on October 16, 2009